Youtube couple, Jaime and Nikki Perkins have officially announced their separation after six years of marriage.

The power couple was known for vlogging everything from their proposal story to pregnancy announcements.

They both posted separate statements on their Instagram stories, along with a text-only video on their shared YouTube channel.

Nikki (who uses the handle @JamieAndNiks) thanked those who had reached out with love and support and confirmed the “painful decision” to split.

The post said: “To everyone who has reached out and expressed love and concern over the past month, we would like to say thank you. Your constant support over the years has meant so much. This has been an extremely difficult time for our family, hence why we have remained silent”.

It continued on to say, “Jamie and I have made the painful decision to separate and would like to thank you in advance for respecting our privacy. We would both like to clarify that the rumours surrounding our separation are false”. 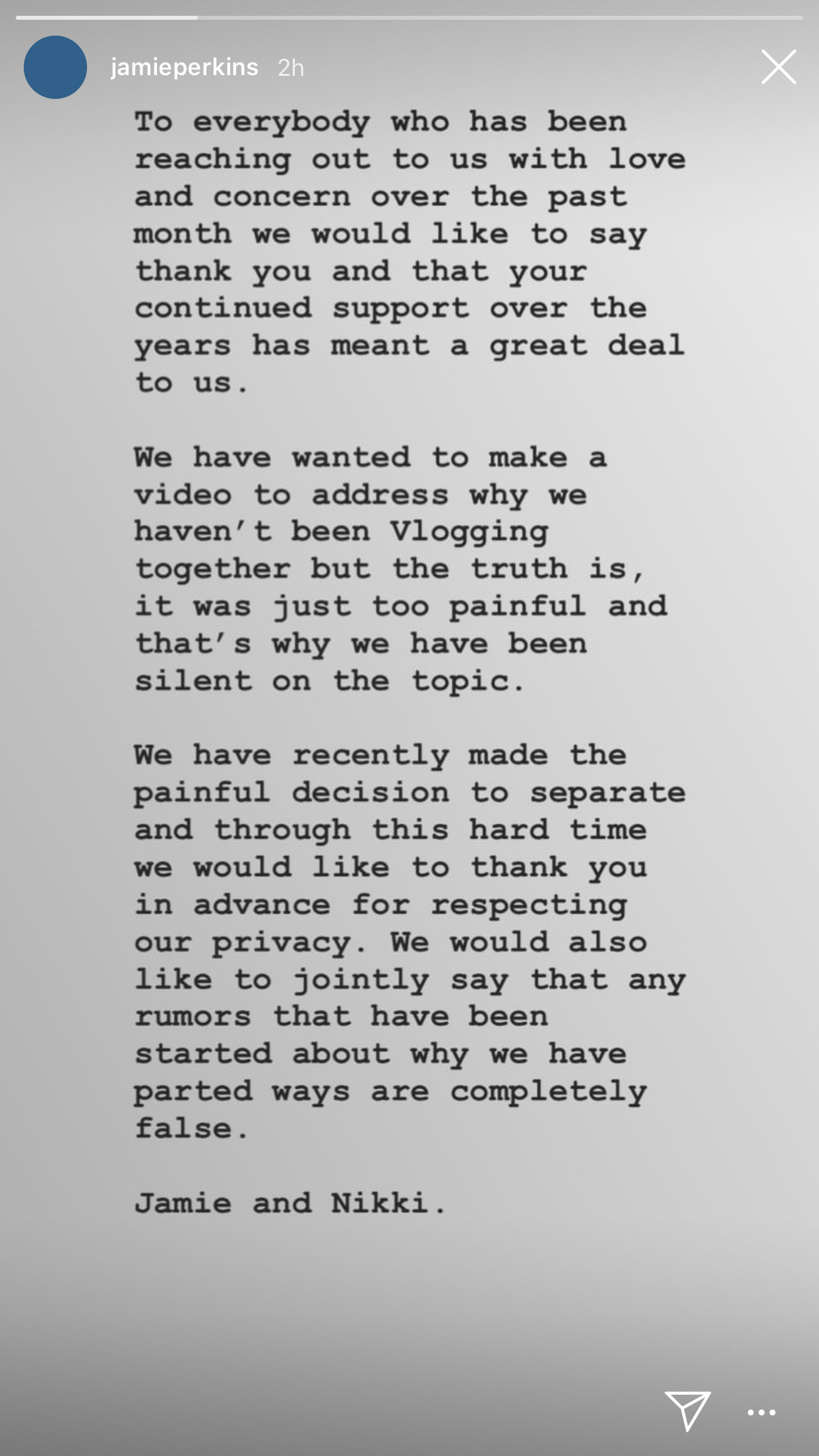 The couple have two daughters, Ava and Zoe, the youngest of which is around a year and a half old. 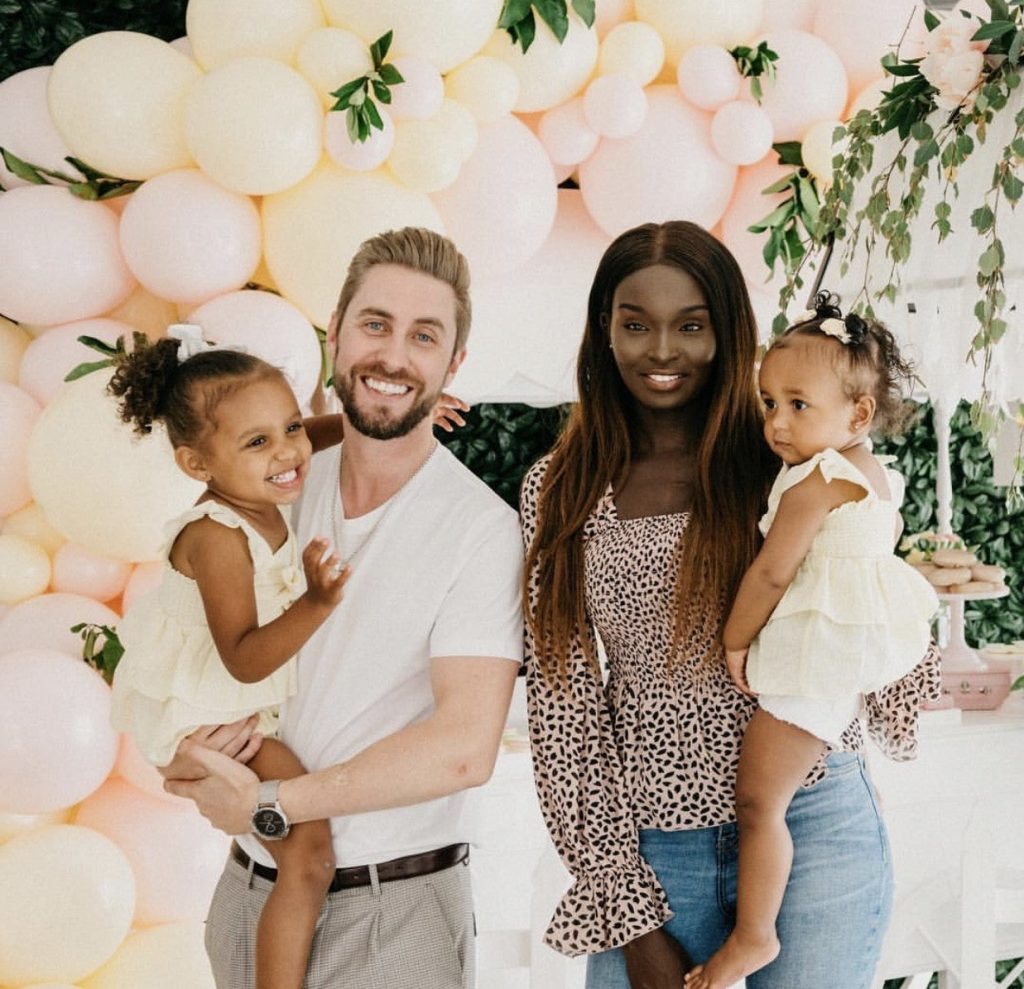